Planning power transmission lines has never been easier Our 3D Decision Support System (3D DSS) helps urban planners and decision-makers to plan power transmission lines. We use latest 3D technology combined with Multi-Criteria Decision Analysis (MCDA) and Geographic Information Systems (GIS) to do research in how transparency can be fostered and acceptance can be increased when communicating a grid expansion project to involved stakeholders and to the public.

The 3D Decision Support System (3D DSS) supports stakeholders when planning and deciding about a route for a new power transmission line. It applies human decision-making mechanisms to determine the planning area with highest acceptance among different stakeholders. Depending on whether protecting the landscape, preserve the living space, or increase bundling are more important to stakeholders, the 3D DSS computes the path that suits the objectives most reliably. The 3D DSS applies Multi-Criteria Decision Analysis methods to geographic data to determine the areas that are most suitable to build a power transmission line on its surface. 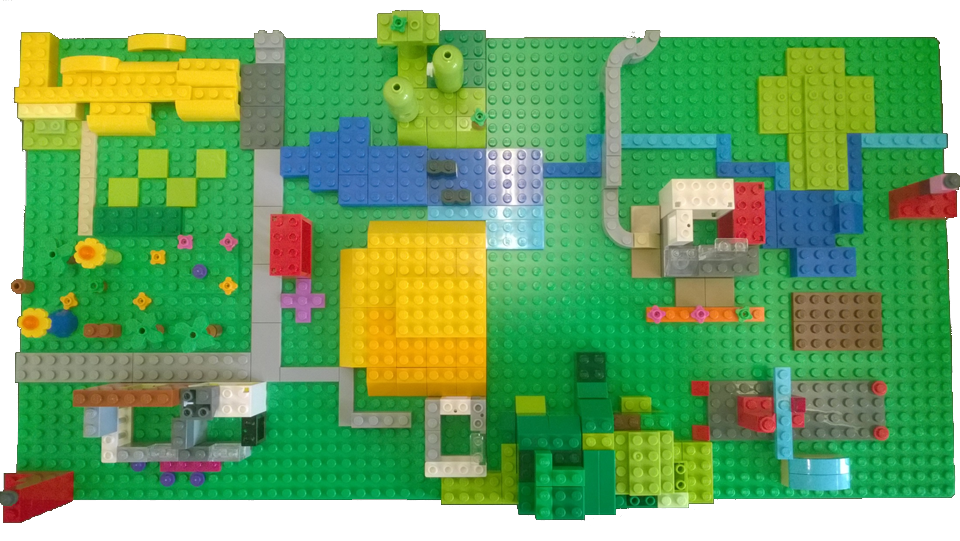 The more an area is protected, the more it will be avoided. Therefore, we combined the advantages of Geographic Information Systems and of Multi-Criteria Decision Analysis to a powerful tool that determines a most feasible area for constructing a power transmission line. The 3D DSS computes Pareto optimal solutions to maximize the acceptance of affected citizens.

The 3D DSS considers the whole planning process from the study area to the pylons of an overhead line and the sleeves of an earth cable. The data is processed in a chain narrowing down the area of interest, thus, optimizing the results. 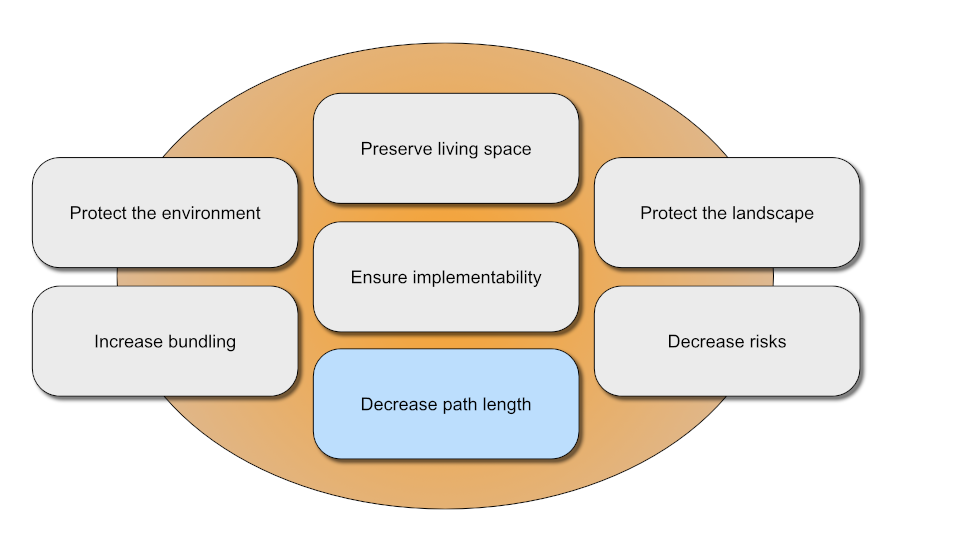 In our current model, we use seven objectives to determine the optimal power transmission line corridor and path. Whereas the brown objectives are spatially-explicit, the blue objective results from the others. The model can be optimized on the objectives, which offers stakeholders Pareto optimal solutions for negotiations. The 3D DSS is versatile as data, models, and objectives can be defined for each study area individually.

Stakeholders define for each spatially-explicit factor, as e.g, forests, lakes, settlements, or protected areas, to what extent the according areas should be protected. Resistances represent legal prerequisites that must be fulfilled whereas stakeholders set the weights individually.

The 3D DSS uses many special geographic concepts to enhance the reliability of the resulting path alternatives. For example, the 3D DSS detects valleys and follows them, as passing a mountain ridge would increase costs unnecessarily and the visibility of an overhead line. Visibility is an important issue that our method aims at minimizing so that the calculated power transmission affects the beauty of the landscape as least as possible. 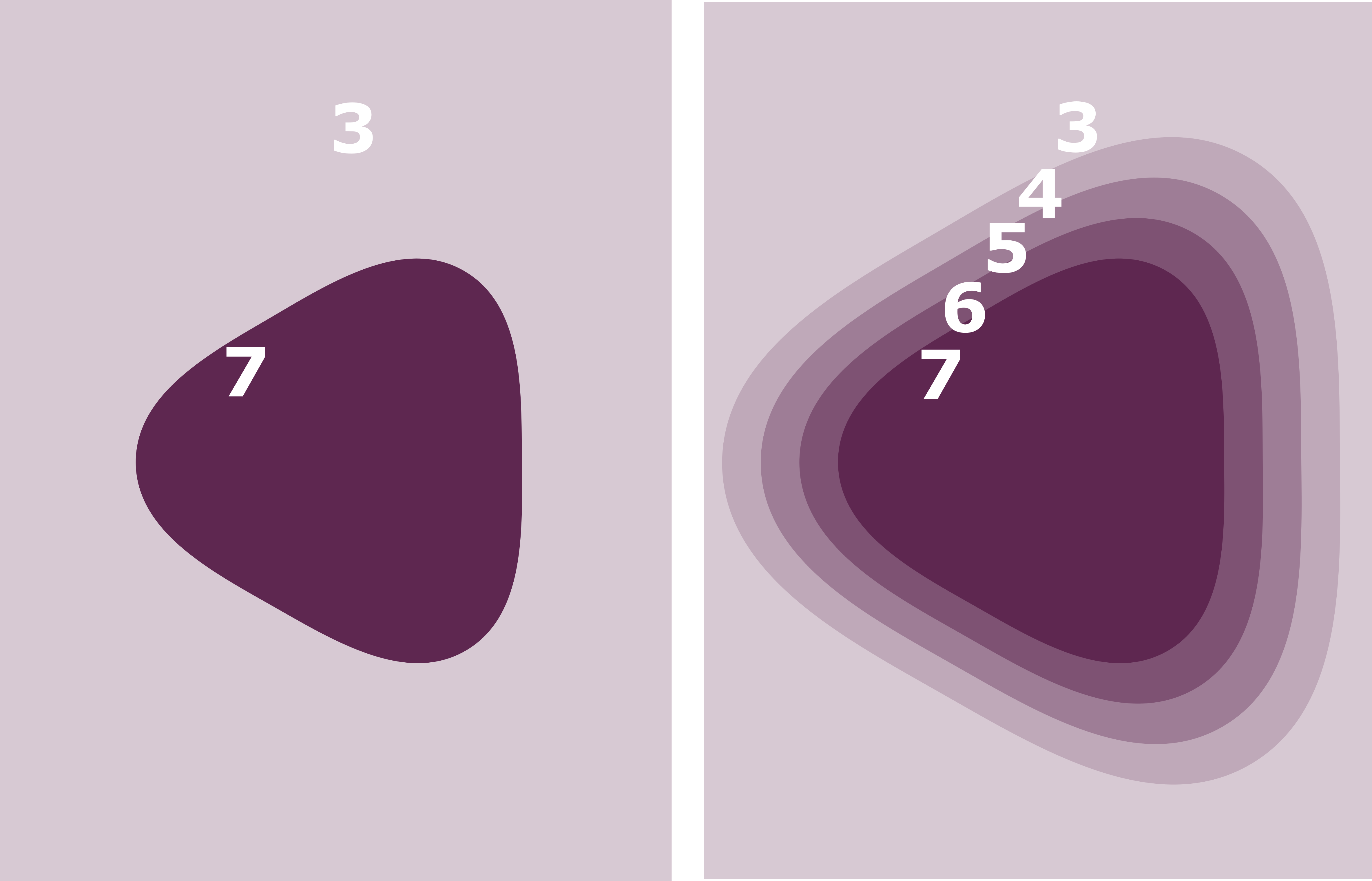 The 3D DSS aims at modeling power transmission lines as realistically as possible. Thus, it considers also the fears of  citizens affected by the construction of a new line. As shown on the right panel on the picture besides, our model preserves areas worthy of protection (7) across their borders. In that way, the surroundings (3) are less affected by the construction of a power transmission line. Our research revealed that the application of this rule leads to most realistic and most accepted results. We always knew, because it is based on how humans perceive their world.

The planning of a power transmission line starts with defining the study area, the starting and ending point, mandatory connections, and the voltage level. Then, a decision model that includes all relevant spatially-explicit factors has to be defined based on legal requirements. The 3D DSS allows to define many additional features and rules, e.g., how the line should behave in case it crosses a river, or how much additional space stakeholders want to add to a beautiful landscape to enhance its protection. From our recent studies we know which factors, relations, and equations matter most and lead to a realistic result. 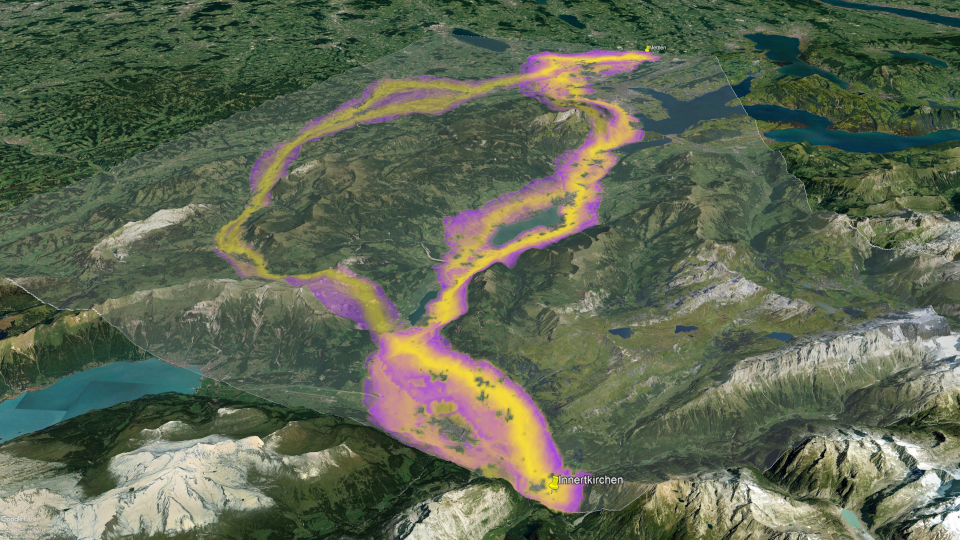 Each stakeholder assesses for each factor its worthiness of being protected from building a power line on its top. The higher the interest to save the according area, the higher the resistance against building the power transmission line. As discussions about weighting might be cumbersome, the 3D DSS simplifies that by using objectives that can easily be assessed by each stakeholder to find a consensus solution. 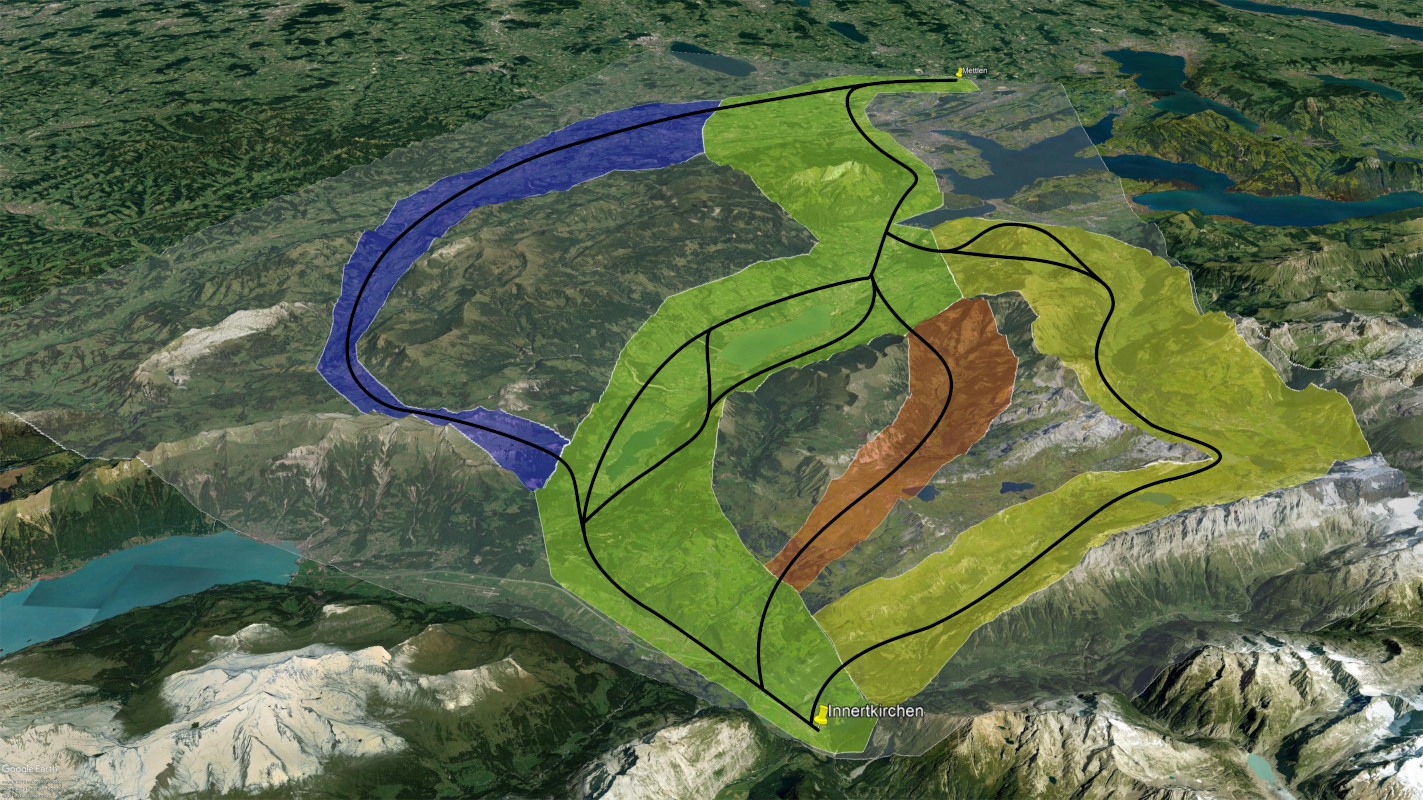 The 3D DSS computes a planning area, a corridor, and an optimal path for a new power transmission line — either for an overhead line, for an earth cable, or for a combination among them. The resulting path should best represent stakeholders’ opinions. Furthermore, the 3D DSS calculates, which protection areas have been affected over which length and how much the future power line will cost. 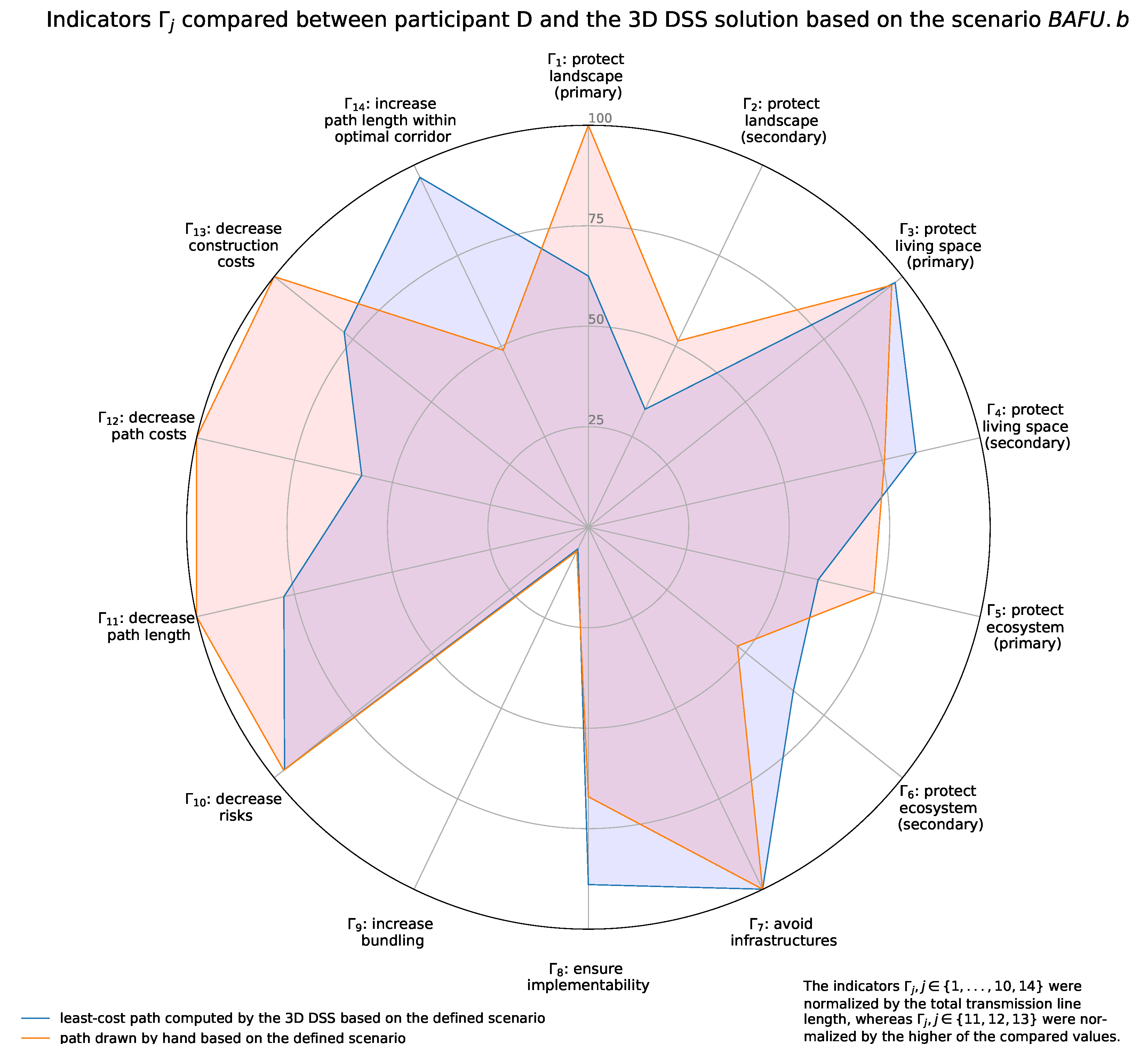 The 3D DSS compares different alternatives mathematically and selects only those which are Pareto optimal. The 3D DSS uses a cutting-edge method to compute path alternatives, which is worldwide unique. The resulting alternatives are more realistic than the path obtained by a comparable approach. Our method allows stakeholders to evaluate whether the effect of potential agreement lead to a consensus regarding a transmission line path that preserve the interests of all stakeholders. The 3D DSS provides graphical charts that facilitate comparison and further enhance the evaluation. 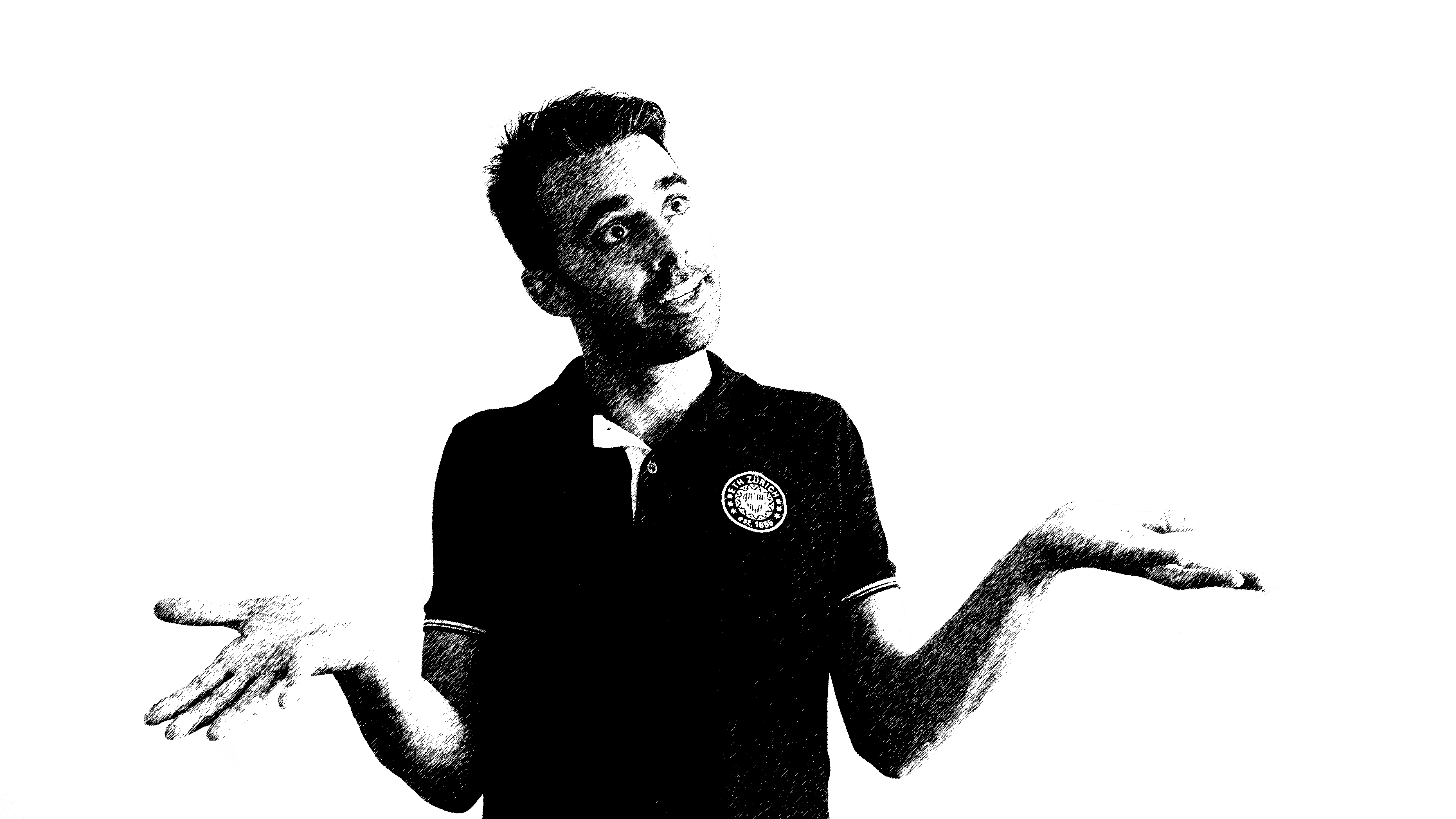 The results are shown in 3D and allow stakeholders to assess the quality of different alternatives. Many interactive tools support stakeholders in evaluating the path alternatives, as e.g., the magnetic field is shown in 3D or the transmission towers can be relocated to a better position, or statistical results can be compared by using spider charts. The 3D DSS allows to fine-tune the proposed track interactively so that decision-makers can be confident to take the right decision.

The 3D DSS in action

(The 3D DSS uses the virtial globe CESIUM. The maps have been created by Google Earth.)